Do Hearing Loss And Dementia Go Hand In Hand? 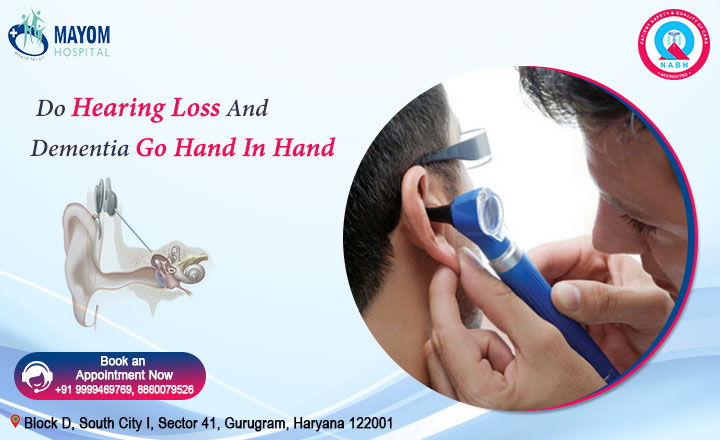 When we grow older, hearing loss and dementia sometimes occur together, and they can both impair our memory. While we know they are linked in several ways, we do not know-how. ENT Specialists in Gurugram From Mayom Hospital have spent a lot of time on their patients and cured their issues, but they are still trying to determine the cause.

What Is Hear Loss?
There are various degrees of hearing loss, which may be mild, moderate, or severe. There are many causes, so people of any age can suffer from it, but older adults are most likely to suffer from it. In general, according to Endoscopic Ear Surgery in Gurugram, one in five men and one in eight women report at least some difficulty with hearing.

In general, hearing loss may cause any of the following:

Dementia symptoms may include problems with:

How Does Dementia Affect Hearing?
Studies have found a link between untreated hearing loss, Alzheimer's disease, and other types of dementia. Hearing impairment increases the chance that people will develop cognitive problems compared to those who do not suffer from hearing impairment. There are still many questions unanswered in this research area. For example, Endoscopic Ear Surgery in Gurugram from Mayom Hospital still doesn't know yet if hearing loss causes dementia, or vice versa.
It is also unknown whether hearing aids can stop or reverse cognitive decline, although preliminary data looks promising, especially in delaying the onset of dementia. There will be greater clarity on this topic in the next few years as a result of the ENT Specialist in Gurugram clinical trials currently underway.