Know More About Your Nose 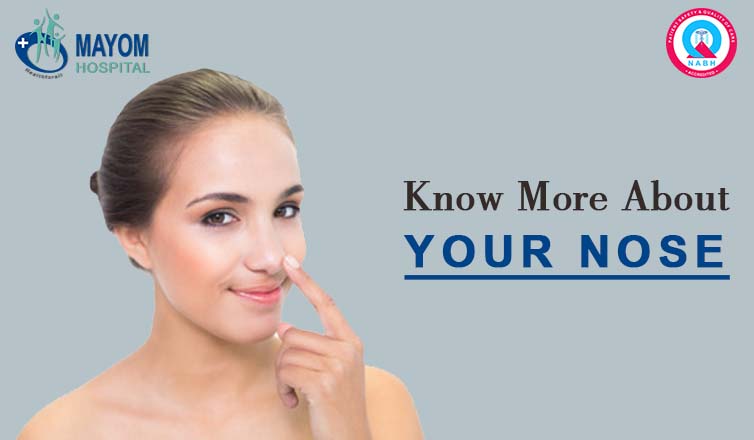 Our nose is quite a remarkable body part.  We sniff from it, breathe from it, sneeze from it and leak from it. It is the part of the respiratory system that inhales oxygen and exhales carbon dioxide. In all of the five senses, only our nose is connected to our brain.  The nose also contributes to other important functions, such as hearing and tasting. Let’s know more about Nose:

We hope this information about the nose will amaze you. Any medical condition regarding your Nose should not be overlooked. Visit your nearest ENT Hospital or Mayom Hospital in Gurgaon for any kind of medical assistance.